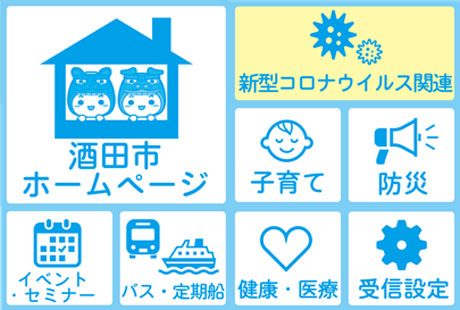 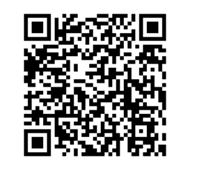 Sakata City released “Sakata City LINE Official Account” (Account name: Sakata City) on December 1, 2020, and began to deliver information on events and seminars, move and settle in the city, healthcare, trash collection calendar by residential area, and on child care support by children’s age. Users can receive only the information that they need by selecting the type of information they want to receive, their residential area, their children’s date of birth, etc. The city aims to make its citizen’s lives more convenient by sending out a variety of municipal and community information effectively.

On October 1, 2017, Sakata City made a declaration to become “the Best City for Female Workers in Japan.” With the aim of achieving this goal, Sakata City has been taking initiatives in supporting families with young children as part of its effort in encouraging women to play an active role. Now, Sakata City will provide a number of child care services via its LINE official account. Just by registering the due date and the child’s date of birth, users can receive extensive information on giving birth and child care whenever they need. What’s more, with the chatbot feature available on the city’s LINE official account’s rich menu, users can search any information that they want, 24/7 at ease, from the following categories; “Pregnancy,” “Birth,” “Consultation,” “Child Checkups & Immunization,” “Nursery & Licensed Childcare Center,” and “Useful information for Child-rearing.”

Sakata City is promoting its DX initiatives led by its Digital Transformation Strategy Office. With the aim of making the most of LINE, Sakata City implemented “KANAMETO,” a tool that offers various features including segmented delivery and chatbot, and has an abundant implementation record with other local governments.

On April 23, 2019, LINE Corporation (Headquarters: Tokyo, Japan; Chief Executive Officer: Takeshi Idezawa) announced that the company will release “Local Government Plan (*)” for its LINE Official Account services and began accepting the applications for the plan on May 21, 2019. Sakata city’s LINE Official Account is one of the accounts registered under the plan.

In addition to offering “KANAMETO,” transcosmos online communications provided support for Sakata city to apply for the “Local Government Plan,” and offered advice on ways to make the most of their LINE official account whilst helping them develop specific plans and configure settings based on its proven record in offering services to other local governments.

“KANAMETO” is a LINE-powered DX tool developed and offered by transcosmos online communications inc., a joint-stock company between transcosmos, LINE Corporation and salesforce.com Co., Ltd. Equipped with a questionnaire feature, KANAMETO enables businesses to deliver segmented messages based on user attributes collected via this feature in addition to a chatbot feature for having one-on-one chat communication with multiple LINE users simultaneously. By adding a new feature to integrate KANAMETO with Salesforce Service Cloud in October 2019, it became easier to visualize customer service performance and to perform analysis to increase productivity. Moreover, in May 2020, transcosmos online communications launched a reporting feature specifically designed for local governments through which their citizens can report issues they have found related to public road and park conditions.

transcosmos launched its operations in 1966. Since then, we have combined superior “people” with up-to-date “technology” to enhance the competitive strength of our clients by providing them with superior and valuable services. transcosmos currently offers services that support clients’ business processes focusing on both sales expansion and cost optimization through our 168 bases across 30 countries/regions with a focus on Asia, while continuously pursuing Operational Excellence. Furthermore, following the expansion of e-commerce market on the global scale, transcosmos provides a comprehensive One-Stop Global E-Commerce services to deliver our clients’ excellent products and services in 48 countries/regions around the globe. transcosmos aims to be the “Global Digital Transformation Partner” of our clients, supporting the clients’ transformation by leveraging digital technology, responding to the ever-changing business environment.