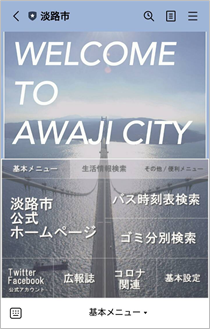 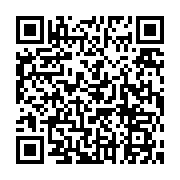 For its citizens, the city sends out information related to COVID-19, parenting, health and medical care, and social welfare with a segmented messaging feature, and delivers a waste collection calendar based on residential areas and categories of waste on a regular basis. In addition, using the Disaster Prevention Email Connected Solution by KANAMETO, the city can now automatically send disaster and other emergency information to users’ LINE accounts that have only previously been sent via emails using the city’s disaster prevention email system. Disseminating municipal information that is closely related to the community will make its citizen’s lives more convenient.
As for related members who currently live outside the city, Awaji city aims to increase access to information related to support programs for moving to and settling down in the city, furusato nozei, a corporate version of Japan’s hometown tax donation program, and tourism by using LINE’s dynamic rich menu and carousel messages whilst sending segmented messages that contain notices, events and tourist information issued by its public relations magazine, as well as information about moving to and settling down in the city, vacant house databank, and more. By continuously delivering community information, the city will pleasantly connect with related members, which will in turn create population inflow into the city.

transcosmos and transcosmos online communications will continue to assist Awaji city in making a community where people wish to live forever, come back and live, or visit by deepening relationships with its citizens and related parties by sending out municipal information via its LINE Official Account.

transcosmos launched its operations in 1966. Since then, we have combined superior “people” with up-to-date “technology” to enhance the competitive strength of our clients by providing them with superior and valuable services. transcosmos currently offers services that support clients’ business processes focusing on both sales expansion and cost optimization through our 168 bases across 30 countries/regions with a focus on Asia, while continuously pursuing Operational Excellence. Furthermore, following the expansion of e-commerce market on the global scale, transcosmos provides a comprehensive One-Stop Global E-Commerce Services to deliver our clients’ excellent products and services to consumers in 48 countries/regions around the globe. transcosmos aims to be the “Global Digital Transformation Partner” of our clients, supporting the clients’ transformation by leveraging digital technology, responding to the ever-changing business environment.